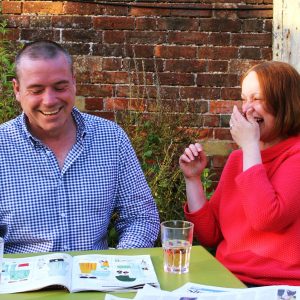 Beth and Mark are both Suffolk born and bred. They’ve both had varied career paths that have ultimately led them to George Juniper & Co and which have shaped their individual contributions to this boutique business. 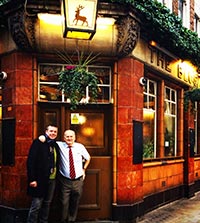 Mark trained as a Royal Navy Engineer and returned to the family business in Bures to manage and develop their garage, incorporating new technology and advancing an already well established business providing excellence in all disciplines of the motor industry. Engineering is a passion for Mark and his knowledge of materials, attention to detail and love of working with metal was born from this part of his career. Mark always has big, creative ideas and strives constantly to develop himself and his skills. He departed from his automotive roots when the magnetic draw of London took him first to Shoreditch, working in print and advertising for the now global company Taylor James, and then Soho, forever his second home, where he worked for several years in business development for various production houses, including Tangent TV with Neil Morrissey at the helm and in film post production at the internationally recognised Lip Sync Group. 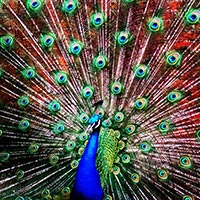 Beth embarked on a career in the theatre, undertaking an apprenticeship at the Wolsey Theatre in Ipswich and then training at Guildhall School of Music & Drama. Stints followed as a Deputy Stage Manager at The Gate Theatre in Notting Hill, Watford Palace Theatre, The Tricycle and Hampstead Theatre, running rehearsals by day and managing shows at night. One of her favourite parts of the job was sourcing props and furniture as this tapped into her love of antiques and researching different periods of interiors. Beth made the leap into television in her mid-twenties, working at independent production companies before bagging a staff role at the BBC where she stayed for 14 years. Beth still freelances in the television industry today and enjoys “keeping her hand in” making landmark science programmes for BBC Studios and beautifully crafted documentaries for a local indie.

Step back about twelve years and one night, outside a bar in Soho, Mark and Beth met. They struck up a conversation about Suffolk and just ten weeks later they were married in Gretna Green!

After many years loving and living in London, they made the move back to Suffolk and the house where Beth grew up in the pretty village of Peasenhall. The A1120 tourist route runs through the village and, being only 15 minutes’ drive from the coast and delightful fishing towns such as Aldeburgh and Southwold, it was a natural move to open their first studio there.

It is here that they have brought their accumulated creativity and skills to a long-held love of design and interiors and where Mark makes their stunning array of bespoke lighting.  And they are in good company, flanked by the wonderful Little Upholsterers and the family run Whincop Garage and opposite are Salter & King who sell fabulous locally bred meats. Just a few steps down the high street sits the famous Emmett’s Store, world renowned for smoked and cured ham and bacon. This small, picturesque village boasts a wealth of businesses and individuals anchored in both creative and traditional commercial roots. A large resident family of peacocks are another unique attraction!

It’s a remarkable place to live, work and visit.

By continuing to use the site, you agree to the use of cookies. more information